In 2008, the school celebrated the official unveiling of a magnificent statue by Daniel Cullen based on the story of the Salmon of Knowledge.

This is what Daniel said about the piece:


"The chosen theme is the Salmon of Knowledge (Bradįn Feasa). The basic form of the piece is inspired by Celtic Standing Stones (Gallan). The figurative elements also derive from this tradition.

Finneagas (the upper figure) is depicted as the fisherman astride his catch. Below is the large salmon which encompasses the main body of the piece, and below that the crouched figure of Fionn, sucking his thumb.

The piece explores the theme of learning and education through celtic myth. It refers to the noble yet complex relationship between teacher and pupil. It explores the polarity and interplay between discipline / effort and curiosity / accident.

And finally, we find within the piece the reference to death (the salmon has to be killed) loss (of innocence and ambition) and regeneration (an ever present theme of education)." 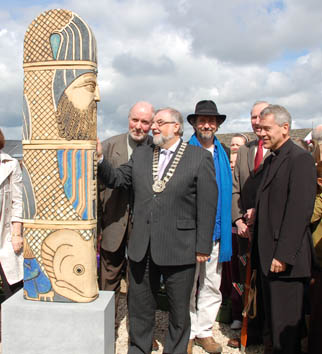 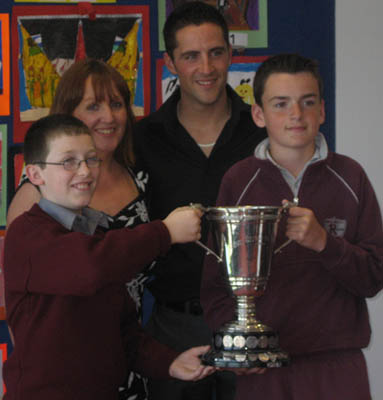 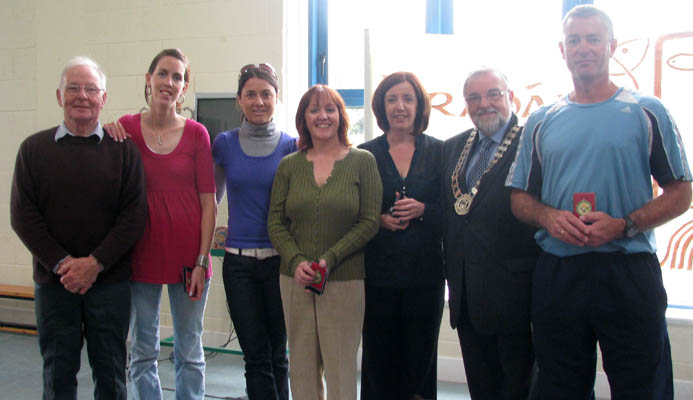 You can find the original script of the piece here, the story of An Bradįn Feasa here and pictures of our ceol drama here.